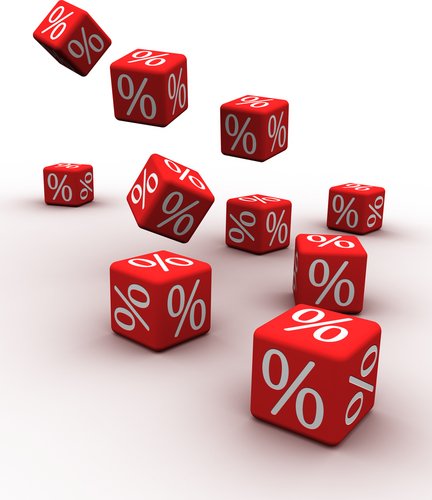 Short Game Secrets instructors John Graham and James Ridyard understand that in the next few months and years, there will be an extensive discussion on how to use the odds and apply them directly to you and your golf game. By looking at a players statistics, coaches are starting to focus practice time in very specific areas that can quickly help the player. Having an understanding of how probability plays into your shot selection, practice habits and course management is just one of the areas that we will continue to explore.

We realize that the human element of golf is something that we are stuck with and it's a good thing. It's just not practical for all players to be fit into "optimal" parameters.  The burst of science based information in golf has caused some coaches to go down the "optimal" road instead of the probability road. James and I are huge fans and seekers of information but we realize and understand that much of the information is theory based and may not necessarily apply to everyone all the time. At the same time, this information gives us the understanding of what is actually happening so we can simplify information for those feel players we teach every day.

By looking at your stroke pattern, both in terms of wedge play and putting, we can recommend areas where you have a better chance to shoot your lowest score just with the pattern you currently have. Improvements can also be made in those areas where your probability of success is reduced because of your pattern. That's what we are about. We teach you to understand your pattern with it's current pluses and minuses. Then based on your goals, skills, time commitment and the like, we'll provide options for you on how to best handle that pattern and offer advice on improvement if needed.

James and I have spend lots of time on tour and with tour players and know that they are using these strategies to help improve their scoring. Over the course of a year, 1 shot per tournament means a very large sum of money to them. We want to bring that tour level of information to you and your game.

Please contact us at the links above for information regarding Short Game Secrets Schools or for private instruction/analysis.

Is it Important to Start your Putts Where you Aim your Putter?

I asked this Question on twitter and Facebook as a poll type question limiting responses to Yes or No. Many wanted to be able to explain their answer but I tried to eliminate that and just get a Yes or No response. As of this writing, the poll has been out for about 4 hours and the results are 50 for No and 35 for Yes.

I find this very interesting as I think it goes to a philosophically different way of approaching things. Those differing thoughts revolve around “this is what the best players actually do” and “this seems theoretically logical”. I don’t know if that is what people are actually thinking but that’s just my guess on it. I was surprised at the evenness of those taking opposing views and it makes me wonder why there is such division on this seemingly simple question.

As I mentioned on Twitter and Facebook, I believe it is important to start your putts where you aim the putter. As you can see from the above results, I am in the minority. I think I understand the idea that the only things that really matter are target, starting line at the target and speed for that line but here’s why I fall on the side I fall on.

The main reason I think it is important to start the ball where you aim it is because it leads to more consistency in terms of read as it relates to look and aim. If a players reads identical putts from opposite sides of the hole differently and can make them, we know they have a situation where they aim it different than where they start it. To me, I think that this can cause conflict and doubt and a preference of one type of putt over another. The big question is can a player tell the difference between aiming 4 inches off the edge vs 8 inches assuming a 2 inch pull bias and a read of 6 inches? I think they can and I think this difference should be avoided.

The other piece of no one doing it is worthy of discussion as well. The thing I would like to see is do the best putters currently have a higher propensity to have an aim and start that are closer to each other than those that don’t. I think we would all agree that at some point the difference between aim and start would cause issues if it was too large. I’m curious where you all think that line is. What is the outer limit of aim and start difference that still allows for putting success as being defined by makes? I also think it’s fair to say that there is some range of aim and start that is not exactly starts where they aim that would be appropriate and depending on where that line was might change some people’s answers. With that being said, I don’t know who would be the best model for putting skill.

In a world where exact targets can be predicted to be accurate I think the ability to start the ball where you aim it will become more important especially for the reason I mentioned above about read conflict. It’s possible that only those that use a system for target prediction will work toward an aim and start harmony and I for one will be very interested to see what the future holds.

I know there are many out there that think it is completely unnecessary and I understand their viewpoints without accepting them. In my poll I originally limited responses to Yes or No. Please use the comment section below to expand on your answer if you wish to do so or to leave a comment about my thoughts above. Please consider sharing this as well to get as many opinions as possible on this very divisive issue.

Look forward to reading your thoughts.

I’d like to welcome you to the launch of our newest venture called Short Game Secrets. This venture will include Short Game Schools and a series of videos over the next few months. Schools will be offered in different parts of the world and a complete schedule of events will be hosted here.

The schools and videos will discuss information on both wedge play and putting with the specific purpose of improving your short game. James and I combined have arguably the most extensive information in this area which includes: AimPoint, 3D Tour wedge play data, SAM data and the experience with high level players to help you turn 3 shots into 2 and 2 shots into 1. Different levels of detail will be offered throughout the video series and golf schools.

I look forward to seeing you at one of our schools in the near future.